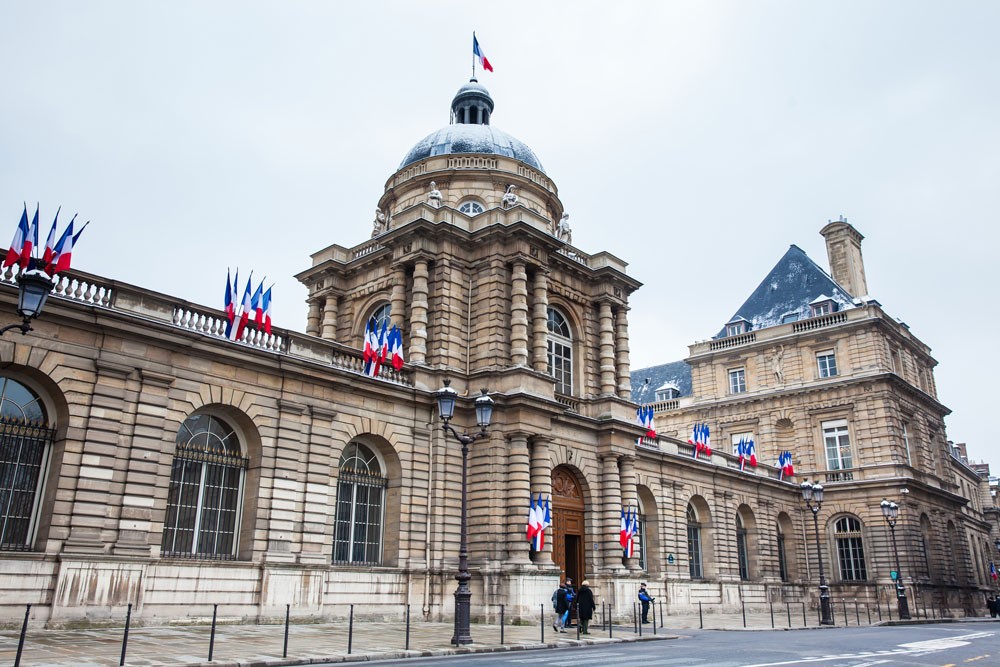 On December 7, the Senate adopted in 1st reading a new bill to ban gender conversion therapy tabled by Laurence Vanceunebrock, from President Macron’s centrist party, LREM (“La République en Marche”). Although the alleged objective is to better protect the victims from such practices, the very introduction of the words “gender identity” into the law can lead to misinterpretations and raise serious issues. This is especially dangerous for minors who have doubts about their sexual identity.

At the beginning of October, the bill was unanimously adopted by the National Assembly. An accelerated procedure allowed the Upper House to vote on December 7th with 305 votes in favor and 28 against. The bill is now poised to be examined by a joint committee.

The bill includes penalties of two years in prison and a fine of 30,000 € for “repeated actions, behaviors or comments aimed at modifying or repressing one’s sexual orientation or gender identity, whether genuine or supposed, and which result in damaging the person’s physical or mental health”. The penalty  can go up to three years in prison and a 45,000 € fine if the victim is a minor, vulnerable, or dependent or in cases where the perpetrator is an ascendant. In such instances, the judge may rule parental authority to be completely or partially revoked.

In addition, the bill provides identical penalties for anyone proposing “consultations” or prescribing “treatments to modify or repress genuine or supposed sexual orientation or gender identity”.

The Senators challenged the government’s position by incorporating, to the Assembly’s bill, amendments submitted by the rapporteur Dominique Vérien (Centrist Union). These amendments bring a necessary clarification on the fact that no penal offence is “committed when the remarks are only intended to invite the person to prudence and thoughtful consideration, especially in the case of adolescents who have doubts about their gender identity and may be considering sex change surgery”. This amendment is meant to protect the parents who are concerned about their children and who want to assist and advise them to be very cautious and thoughtful, and who could be in danger of being penalized under this new law.

Several amendments were proposed by the LR group (“Les Républicains”) in the Assembly and the Senate, both in committee and in public session, to remove from the bill the words “gender identity” which are likely to bring confusion. None of these amendments were retained. These amendments insisted on the fact that the notion of ‘gender identity’ is not defined and there is no indication of what it exactly refers to. Therefore, incorporating this concept into law would prevent minors from being helped when they have questions about their sexual identity, except in an exclusively transsexual approach, which would systematically propose medical treatments for sex change. Another LR amendment suggested including sanctions for “prescribing sex change procedures for minors such as puberty blockers, hormonal treatments or surgery.”

During the parliamentary debates, Jacqueline Eustache-Brinio (LR Senator, Val d’Oise region) warned about the danger of the law for minors: “Although it is admitted that minors, especially in adolescence, experience distress and report feeling a mismatch between their birth sex and their perceived sex, they should not be locked into a trans-affirmative approach due to a hasty and premature choice.” The senator denounced the consequences of surgery and hormonal treatments for children. She made it clear that “detransition (reversing a gender transition) is extremely difficult” and that some countries such as Sweden, which had originally approved gender transitions for minors, are now backtracking.

The Senator’s words are confirmed by a collective warning, published in L’Express, on September 20th, by a group of 50 experts, among which are Elisabeth Badinter, Chantal Delsol and Catherine Dolto, from “The Observatory of Ideological Discourses on Children and Adolescents: The Little Mermaid”. All these professionals have voiced their concern about a sharp increase in change sex requests, particularly among teenagers. According to the experts “arguments exclusively based on feelings are presented as indisputable truths, and militant, radical rethorics legitimize requests for a sex change” … “But this is done at the expense of imposing life-long medical treatments on children and adolescents or even of making surgical operations upon them to remove breasts or testicles.” The editorial recalls that “the child is a human being still in the process of being formed, and thus constantly evolving before reaching maturity. »

The Children’s Lawyers Association (“Juristes pour l’enfance “) published a press release on December 2, which underlines the fact that “gender identity refers to the intimate feeling of a person who feels masculine, feminine, neither of the two, sometimes one, sometimes the other. These feelings are subjective and changeable. And an individual’s feelings cannot be used as an argument to punish someone, to the point of criminalizing someone’s mere remarks.” During the parliamentary discussion on the bill, MP Elisabeth Moreno wanted to bring feelings into the definition of gender identity by stating that: “Gender identity is neither more nor less than the identity that one feels deep inside”.

Along with these experts Alliance VITA worries about how the bill will impact the care and support to individuals, especially children and adolescents who might have doubts about their sexual identity, and who would be advised to undergo irreversible treatments. As stated by the rapporteur Dominique Vérien, it is doubtful that such a bill is really needed since the penal code already covers offences relating to intentional violence, moral harassment, illegal practice of medicine and taking advantage of vulnerable persons. Is it urgent to make a new law for only “100 recent cases” according to the 2019 flash parliamentary task force?  Moreover, according to the same task force, there are actually no statistics or surveys available on the true extent of this phenomenon in France. According to Alliance VITA there is more urgency in training and raising awareness among parents and educators to offer better support to children and adolescents who feel uncomfortable with their sexual identity.