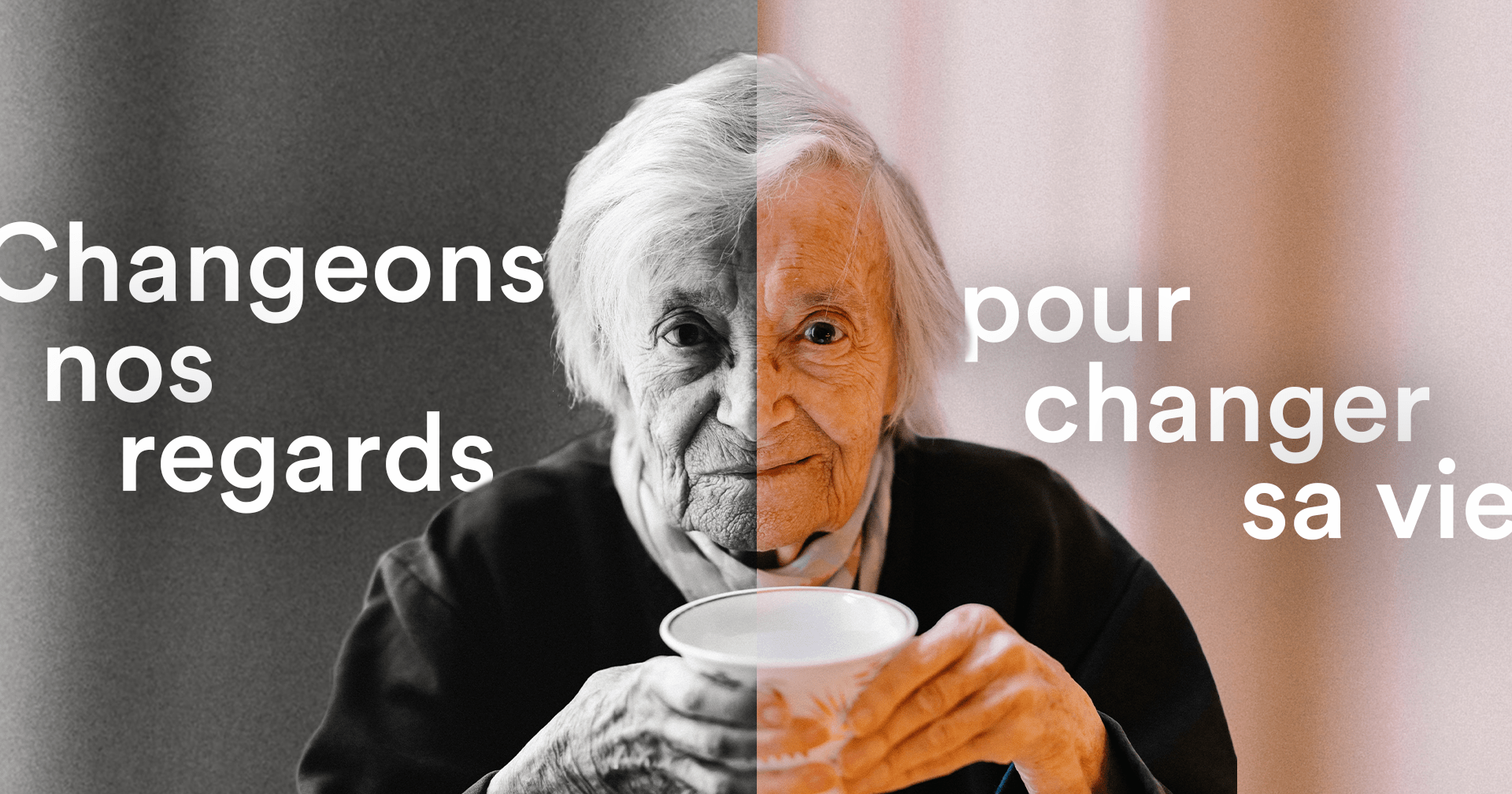 Alliance VITA launches a national campaign to change our perception of advanced age and loss of autonomy.

“Changing one’s outlook can change someone’s life” is the theme for Alliance VITA’s 360° campaign. Running from January 26th to February 3rd, there will be a total of 1248 billboard posters in the train stations of Paris, Nantes, Strasbourg, Marseille, Montpellier, Lille, Nice; as well as the bus stops throughout Paris. Alliance VITA members will also distribute leaflets throughout France on January 29th. In addition, this campaign is launched on social media networks.

Prompted by Alliance VITA’s experience through its SOS End-of-Life Listening Service, this campaign is also the results of many communications triggered out by several major national investigations concerning the end of life. In a society where precedence is given to individualism, strength, performance and profitability, the vulnerability of the elderly is a reminder for everyone’s personal fears: the fear of being a burden, of being repulsive, of being alone …. And when these fears are ignored, they can account for sadness, despair and temptations towards ethical abuses as can sometimes be observed at the end of life.

In France, those over age 75 commit suicide twice as much as the rest of the population* and 530,000 elderly people are experiencing a “social death” **. Advanced age and loss of autonomy are too often associated with despair!

This campaign is a call for all of us to change our perception of the elderly, so that they can have the place they deserve at the heart of our society until the end. On its website page (alliancevita.org) Alliance VITA invites everyone to get involved by undertaking tangible actions to show solidarity. Considering the repeated attempts to legalize euthanasia and assisted suicide, it is essential to focalize on the vital issues of advanced age and loss of autonomy at the end of life.

“The central theme of ‘changing one’s outlook can change someone’s life’ is first and foremost a humanitarian appeal for each of us to get involved in the fight against fear and despair. We will continue to convey this message in the coming months to raise awareness and act for more dignity towards the elderly, and for more respect of their life. Confronted  with the constant pushes nudging us towards accepting euthanasia, we will continue our fight for solidarity and mutual assistance so that every elderly person can be well-treated, feel well-respected, and not abandoned, and can still make choices for himself” concludes Tugdual Derville, spokesman for Alliance VITA.

*National Suicide Observatory 2020
** According to the statistical report on loneliness and isolation of those over 60 published by the Petits Frères des Pauvres (Little Brothers of the Poor) association. Refer to this link for the national campaign: www.alliancevita.org/changeons-nos-regards-pour-changer-sa-vie/. Click here for press kit.