Published on March 13, 2019 in the journal Nature, renowned scientists have called for a “global moratorium” on human germline editing for clinical purposes, that of changing heritable DNA in sperm, eggs or embryos to make genetically-modified babies. Among the scientists is Frenchwoman, Emmanuelle Charpentier, a co-discoverer of CRISPR-Cas9 technique.

After its catchy headline, the authors immediately state that their proposed moratorium does not apply to germline editing for research, provided the experiments do not involve implanting an embryo in a uterus, with the intention of giving birth to genetically-modified babies.

Although the signatories agree that modifying human DNA is neither safe nor effective, with a high risk of inducing unintended mutations, they are not at all calling for an international ban. They propose for each country to freely decide, and simply suggest not using this technique on embryos and gametes to give birth to GM babies “unless certain requirements are met”.

To define international guidelines, the authors recommend an initial moratorium of a fixed duration (they suggest a 5-year period) in order to evaluate the technical, scientific, medical, societal and moral implications. Thereafter, each nation could choose to maintain the status quo, to prohibit, or, on the contrary, to consider allowing these new practices for human procreation.

Prior to legalizing any new applications, the scientists suggest that  multidisciplinary and public discussions be held in the country concerned, to carefully evaluate whether the application is appropriate and justified, and to inform its citizens if a broad societal consensus is determined for proceeding with human germline editing.

“Moratorium is indeed the appropriate word… Moratorium originates from the Latin word, moratorius, which means “to postpone or delay”. What these leading scientists are clearly proposing is equivalent to gaining momentum on the runway for the long jump: “prepare to jump farther by taking a few steps backward”! This kind of half-hearted statement is not reassuring. And yet, the recent bombshell announcement of the first gene-edited babies in China, should strengthen political and scientific stances. Humanity must be protected against these temptations of tinkering with the human being at the beginning of life, jumping over precautionary principles for these babies who have become human guinea pigs “.

The authors suggest establishing an international “coordinating body”, in particular to provide the necessary information to any nation considering authorizing a particular gene-editing application. In their opinion, this global consortium could be organized under the World Health Organization (WHO) and could issue reports on a regular basis. They also recommend creating two separate subpanels: one composed of biomedical specialists for technical, scientific and medical considerations, and the other composed of specialists focusing on societal, ethical and moral issues.

Recently, the WHO has announced the creation of an “Expert Advisory Committee to Develop Global Standards for Governance and Oversight of Human Genome editing”. This Committee will first meet in Geneva on March 18-19, to agree on a working plan for the upcoming 12-18 months. 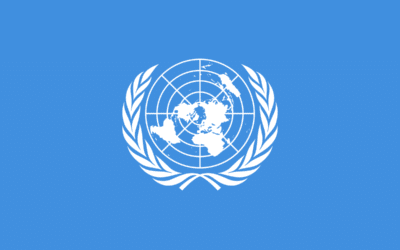