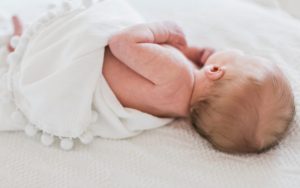 On June 18, 2019, the official statistics published for Spain, now classify it as the European country with the lowest fertility rate. Since 2008, the number of births in Spain has fallen by 40%.

The communiqué published by the Spanish Institute of Statistics (“INE”) stated that this “is partly due to a decrease in the number of children per woman”. In fact, the fertility rate (the average number of live births per woman of childbearing age) has reached its lowest point since 2002, falling from 1.31 in 2017, to 1.25 in 2018.

These figures are to be compared with the fertility rates in the European Union and in France, which were respectively 1.59 and 1.89 for 2017. In developed countries, for the population to reproduce itself at current numbers, the “total fertility rate” needed is 2.1.

The percentage of mothers aged ≥ 40 has risen sharply in Spain: 63.1% in 10 years. This trend is consistent with the overall drift towards advanced maternal age in Europe.

Spain’s current decline in birth rate has been aggravated by an earlier downturn which began during the 80’s. Since 2015, Spain has reported a “negative growth rate”, with the result that the number of deaths exceeds the number of births.