Pigmentary retinopathy is a heterogeneous group of inherited eye diseases that affects vision and sometimes causes blindness. All forms of this disease lead to progressive degeneration of the photoreceptor cells in the retina. Although rare, it is the most common hereditary eye disorder, affecting approximately 30,000 individuals in France  and 400,000 in Europe.

Normally, the eye’s photoreceptor cells transmit the light signal to the ganglion cells or neurons in the retina. Each cell has a fine nerve extension around ten centimeters long, which together form the optic nerve and convey the visual message to the brain.

In pigmentary retinopathy, photoreceptors lose their normal function. Sometimes, however, the ganglion cells continue to operate correctly and can therefore detect a visual signal which can then be transmitted to the brain.

On May 24, 2021, the journal Nature Medicine published the results of a study carried out by an international research team[1] which demonstrated for the first time ever, that optogenetic therapy can partially restore vision in a blind patient with pigmentary retinopathy. This is a new field of research and development that has emerged over the past twenty years, which combines genetics and optics. Optogenetics involves genetically modifying cells in the eye to restore or correct their functioning, in the hope of restoring light-sensitivity to the cells.

This clinical study was carried out on one patient, whose retinal cells were genetically modified to enable them to produce an opsin that detects amber light. Opsins are proteins which react to light energy and are involved in the vast majority of photosensitivity processes.

Using a virus as a carrier, the gene that encodes this opsin, known as ChrimsonR, was injected into the patient’s retina in March 2019 in Paris at the Hospital “Des Quinze-Vingts”. This was followed by a latency period of several months to allow time for the retinal cells to stabilize this gene expression.

Tests were then performed to study the effects of the gene therapy. The researchers designed specially equipped glasses for the patient which included a built-in camera that transforms the surrounding images into amber-colored images. These images are then projected onto the patient’s eye, and thus onto his retina, in the appropriate wavelength for the sensitivity of the synthesized opsin.

With the help of these glasses, the patient demonstrated visual improvement. Test results showed he was able to touch the perceived object 92% of the time, to accurately count objects 63% of the time, although he could only grasp the object 36% of the time.

Professor José-Alain Sahel, one of the directors for the clinical trial concluded that:

“Blind people with different types of neurodegenerative diseases of the photoreceptors and a functional optic nerve will potentially be eligible for treatment, but it will take time before this therapy can be proposed. GenSight Biologics intends to launch a Phase III trial in the near future to confirm the efficacy of this therapeutic method“. 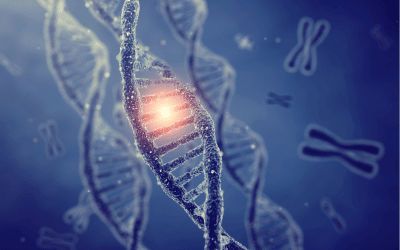