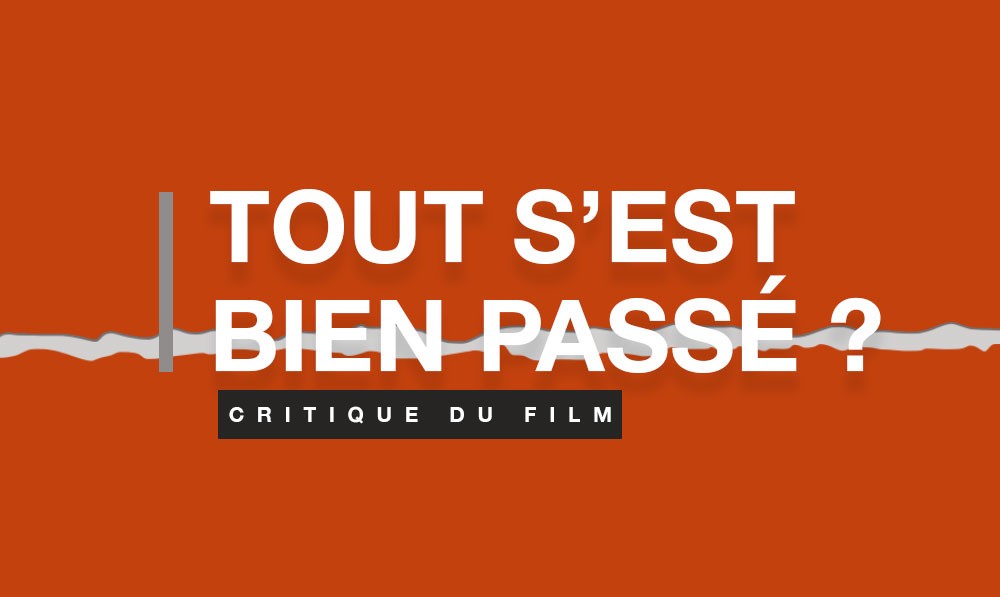 On September 22, following a large marketing campaign, the film “Everything went well” based on Emmanuèle Bernheim’s 2013 book about helping her father die after suffering a stroke, was released in French cinemas.

In interviews, the director François Ozon firmly declares his support for the legalization of assisted suicide and the film is a clear endorsement of this viewpoint. However, the spectator is confronted with the violence of such a request for the relatives and the family who are compelled to follow the orders of a man whose desire is to control everything.

Chosen by her father to help him “be done with it” the story is told from the daughter’s viewpoint, and relates how her father, who is both loved and loathed, succeeds in wielding his authority over his loved ones.

Emmanuèle, played by Sophie Marceau, rushes to her father’s hospital bedside following a stroke. Although physically weak, this former industrialist and art collector wastes no time in asking his daughter to help him die. Although the stroke has ravaged his body, the spectator sees that the father’s authority is intact and omnipresent, that he is rarely, if ever contradicted. Even when his health improves, he remains fast in his determination and is infuriated by any contrarieties. Although Emmanuèle initially balks at her father’s dreadful request, she is forced to comply, seemingly defenseless to refuse her father anything.

In the scene featuring their discussion with Hanna Schygulla, the icy German advocate for assisted suicide, François Ozon captures the image of two sisters bound together since childhood, growing up with a father who humiliated them and a mother who suffered from depression. As obedient daughters anxious to do their father’s bidding Sophie Marceau and Géraldine Pailhas have the difficult role of portraying anger, uncertainty, and grief. André Dussolier plays the role of the unpredictable and capricious André Bernheim.

André is completely self-centered, apparently indifferent to the emotions of his daughters, his lover, or his cousin. If someone opposes him, he either cries or sulks in silence. But once the date is set for assisted suicide, the spectator sees him revitalized, funny yet cruel, charismatic yet cynical. What this former industrialist wants is to remain in control of his own situation as well as that of those around him until the very end. One wonders if he cares about the others at all.

Rather than advocating the legalization of euthanasia in France, this film is foremost a portrait of an imperious, even tyrannical man and his stronghold over his loved ones. No other outlook, nothing outside of himself, or his personal desires appear to interest him; his heart appears to be closed to the love that others have for him. At the end of rather demonstrative suspense, lest we forget that assisted suicide is against the law in France, the film ends with the clinical report from Switzerland, which is summarized in one sentence: “Everything went well”.

Void of emotion, without hope, empty.