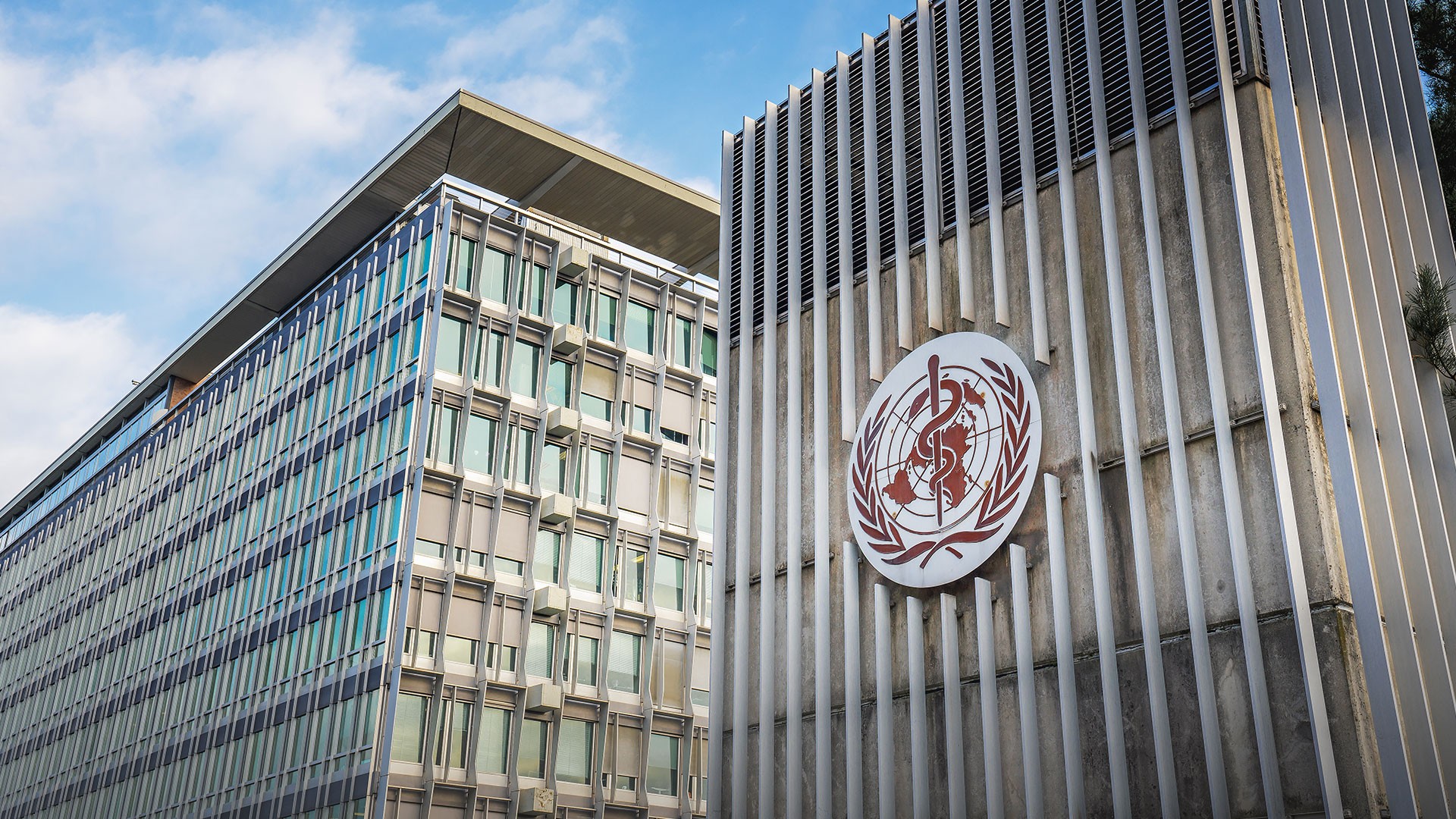 The World Health Organization (WHO) publishes official statistics on abortion called “fact sheets”. Presumably compiled from official cases throughout the world, these figures show the number of abortions worldwide, the number of unsafe abortions and the number of maternal deaths following abortions. But, on studying the references of the articles used by the WHO and considering the paucity of empirical data, it now appears that the “fact sheets” are actually estimates derived from statistical models, based on predefined hypotheses conceived to predict these figures. For this reason, the purpose of this note is to analyze the methods used for the WHO estimates, the limitations of their validity and the way statistics are presented.

This claim is based on an article published in The Lancet Global Health Journal in July 2020 [1]. These 73 million abortions are presented as having “taken place”, even though they are the result of an estimation. Based on a rather low level of uncertainty interval (UI) of 80%, there are between 67 and 82 million abortions worldwide, which means a fairly large margin of error [1]. This would indicate a global abortion rate of 36 – 44 abortions per 1000 women of childbearing age during the period of 2015 to 2019.

Moreover, in this same article [1] the authors attest that official data is hardly available on this subject:

Thus, due to the paucity of real data, the authors [1] developed a statistical approximation in which they estimated:

In order to validate their modeling strategy, the authors compared their results with the reference points available in countries where abortion data had been correctly recorded. There are significant discrepancies between their model’s output and the comparative points (approximately 30% difference in absolute relative error).

Moreover, when compared with other WHO references, 73 million is a much higher figure than the one referred to in previous references.  Some of the same authors published another article in the Lancet [2] in 2016, only 3 years earlier, in which the number of annual worldwide abortions was estimated at 56 million (a 52 – 70 million range with a higher uncertainty interval of 90%) for the period of 2010 – 2014. These same estimates were also employed by the French National Demographic Studies (“ INED: Institut National d’Etudes Demographiques”). However, the estimation in the 2019 article for the same period which took into account a population increase of 4.8% over 4 years, is of 71 million abortions. There is absolutely no explanation in the article for this gap of more than 26% [1].

Admittedly, the two reference articles have used very different methodologies. The one for 2016 [2] is based on the frequency of sexual intercourse, fertility, the “tenacity” of women to carry a pregnancy to term and their capacity to act according to their preferences (based on their level of education and GDP). All these “prognostic factors” are particularly subjective and a thorough discussion on the assumptions made would be necessary.

It can be concluded that the method and input variables of the WHO models estimating the total number of abortions worldwide greatly influence the published figures.

These discrepancies call for investigating the assumptions made to produce these estimates.

This WHO claim is based on an article published in The Lancet [3] in November 2017. These 45% are presented as an assertion (“are unsafe”) whereas they are the result of an estimation.

Indeed, the same article asserts [3], there are 40.6% to 50.1% of unsafe abortions within an uncertainty interval of 90%. According to [3] this average number of 45%  corresponds to 25 million out of the 56 million abortions taken as a reference  in the article [2].  These numbers are in alignment with the WHO’s article published in 2009 [4] which mentions that every year 42 million abortions take place, with 20 million of those being “unsafe” abortions.

The authors of [3] insist on the “paucity of the data” available to check their figures concerning safe abortions and those qualified as “unsafe” abortions according to WHO’s definitions. Therefore, they must make estimates based on other factors.

The model to estimate the number of abortions performed “safely” is based on 4 predictors or model input variables. These include the number of years since mifepristone was authorized in the country, the proportion of the population living in urban areas, the gender inequality index, the authorization status of misoprostol to capture the abortions performed outside the health system. Due to the absence of transparency on the selection criteria the basis of this method is disputable. In addition, no data is provided in the article to validate the model’s results with actual empirical census data.

Given this model’s specificity, the authors point out in particular that “comparisons with previously made estimates of the proportions of safe and unsafe abortions cannot and should not be made due to the very different methodology, data used and analytical approaches”.

This model gives numerical estimates for two categories of abortion:

This WHO claim is based on a June 2014 article published in The Lancet [5]. The rather large range of uncertainty is at 4.7% to 13.2%, with a high confidence interval of 95% which is rather high, the average estimate being at 7.9%. Nonetheless, on their web  site, the WHO has used the high end of the scale, or 13.2 % to infer 39,000 deaths per year (based on the 295,000 annual deaths from the WHO fact sheets on maternal mortality). Instead of using the average percentage of 7.9%, which would have given a calculation of 23,000 deaths per year the WHO has deliberately chosen to use the highest estimated number of 13.2%. The authors of article [5] mention that possibly all deaths are not reported.

The authors of [5] used medical data from the International Classification of Diseases (ICD-10) to classify the causes of maternal death: abortion, embolism, hemorrhage, hypertension, sepsis, other direct and indirect causes. The category “death of the mother by abortion” includes three different situations: abortion (induced abortion) but also miscarriages and ectopic pregnancies. No distinction is made between these three different situations.

The WHO estimates for maternal deaths related to abortion are not reliable.

As a conclusion, since the reliability of the data is highly dubious, this calls into question the relevance of the WHO recommendations and should motivate us to utmost caution.

[1] Unintended pregnancy and abortion by income, region, and the legal status of abortion: estimates from a comprehensive model for 1990-2019, Guttmacher Institute, WHO, University of Massachussets, July 2020, The Lancet Global Health Journal https://www.thelancet.com/journals/langlo/article/PIIS2214-109X(20)30315-6/fulltext
[2] Abortion incidence between 1990 and 2014: global, regional, and subregional levels and trends,  Guttmacher Institute, WHO, University of Geneva, Ibis Reproductive Health California, University of Massachussets, July 2016, The Lancet Journal
https://www.ncbi.nlm.nih.gov/pmc/articles/PMC5498988/pdf/nihms863976.pdf
[3] Global, regional, and subregional classification of abortions by safety, 2010–14: estimates from a Bayesian hierarchical model, Guttmacher Institute, WHO, University of Massachussets, November 2017, The Lancet Journal
https://www.thelancet.com/action/showPdf?pii=S0140-6736%2817%2931794-4
[4] Unsafe Abortion: Global and Regional Incidence, Trends, Consequences, and Challenges, WHO, December 2009, Journal of Obstetrics and Gynaecology Canada,
https://www.sciencedirect.com/science/article/abs/pii/S1701216316343766.
[5] Global causes of maternal death: a WHO systematic analysis, WHO, University of California, University of Birmingham, National University of Singapore, June 2014, The Lancet Global Health Journal https://www.thelancet.com/action/showPdf?pii=S2214109X%2814%2970227-X