Abortion: Will the US Supreme Court Overturn Roe vs. Wade? 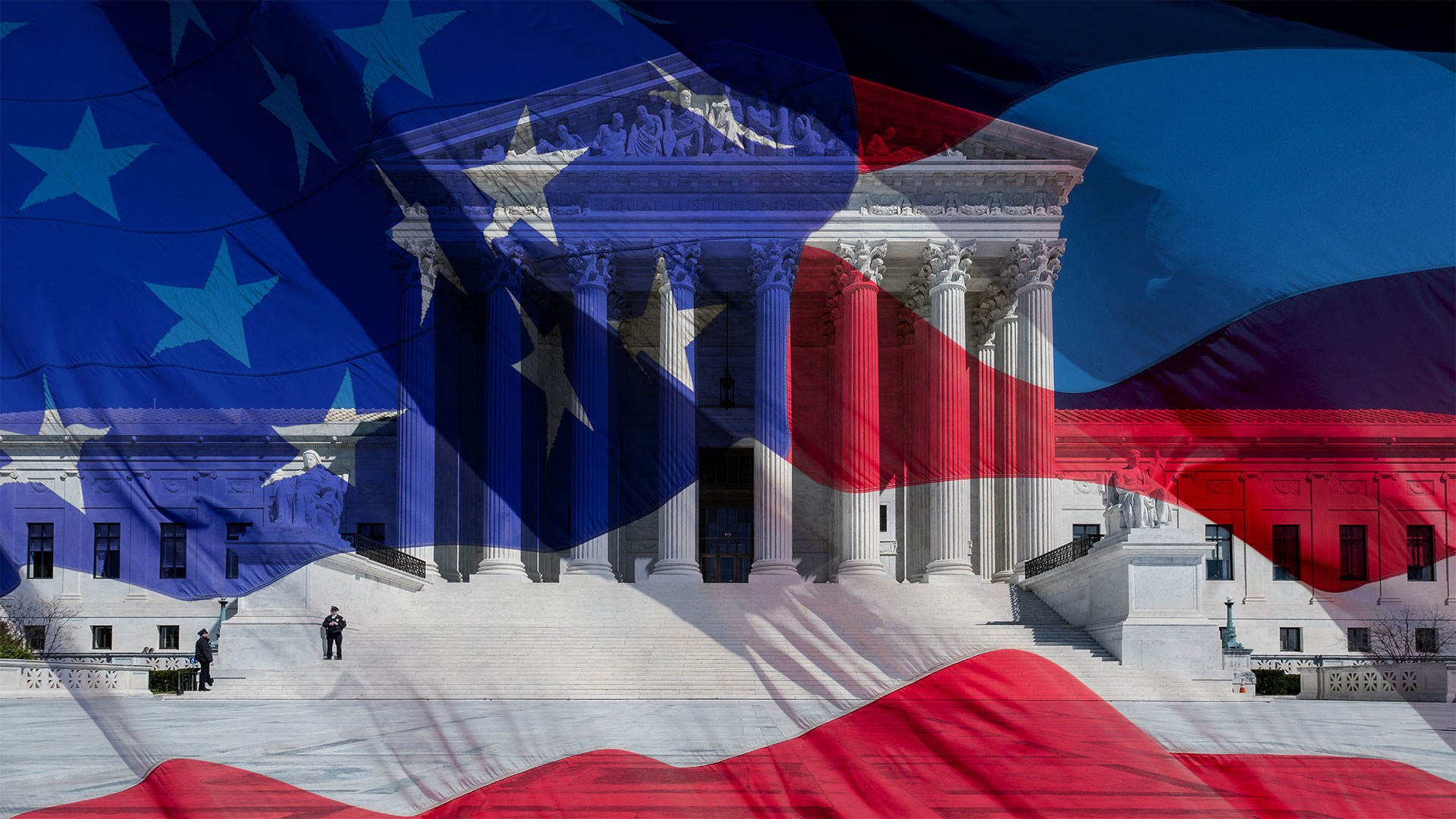 According to an article published by Politico on May 5th, the U.S. Supreme Court is reportedly poised to strike down the case law decision of Roe vs. Wade which establishes constitutional federal protection for what has come to be called the “right to abortion”. Essentially, overturning this federal decision would mean returning to the legal status which prevailed prior to Roe vs. Wade’s enactment in 1973. This means it would be up to each of the 50 states to legislate on abortion unless the US Congress passes a new law at the federal level.

In May 2022, Politico published a leaked initial draft of a majority opinion in the case, which was written by Justice Samuel Alito on February 10th. This leaked document attests that the US Supreme Court is poised to overturn the historical landmark ruling of Roe v. Wade. Four other judges support Alito’s opinion, which means a majority vote of 5 out of the total 9 judges. The opposing votes come from 3 judges who were appointed by Democratic presidents, and the Chief Justice, who was appointed by George W Bush. Politico mentions that the majority opinion could evolve up until the Court’s final ruling. Nonetheless, the leak of the internal document represents an extraordinary breach of the traditional secrecy in which the Court conducts its deliberations. The Chief Justice, John G. Roberts took the extraordinary step of confirming the authenticity of the draft opinion, while also insisting that it is merely the opening phase of the court’s work and not the final version. An internal investigation will be carried out to ascertain how the leak occurred.

Whether or not Roe vs. Wade is overturned hinges on the pending outcome of Dobbs v. Jackson Women’s Health Organization, with the decision expected by June 2022. This case debates the constitutionality of a 2018 Mississippi state law which sets abortion deadlines at 15 weeks of pregnancy, except for medical emergencies or severe fetal malformations.  Oral arguments before the Supreme Court were held in December 2021 for both sides: the Mississippi State Health Department represented by Thomas Dobbs, and the Jackson Women’s Health Organization, the only abortion clinic in the state of Mississippi.

In many countries, including France, abortion is regulated by legislation voted by Parliament. In France, the Parliament recently extended abortion deadlines from 12 to 14 weeks of pregnancy. Alliance VITA’s website provides an analysis of the abortion laws in this country.

In the United States, the Congress, consisting of the Senate (100 seats) and the House of Representatives (435 seats), has yet to enact a legislation to forbid or restrict abortion.

Recently, the US Senate was unable to reach a majority vote for a bill passed by the House of Representatives. The bill was meant to codify the case law established by Roe v Wade and the 1992 decision in Planned Parenthood v Casey. The latter consolidated the 1973 Roe vs. Wade decision while simultaneously changing the criteria according to which a US state can regulate abortion.

What Roe vs Wade Stipulates

In Roe vs. Wade, the US Supreme Court ruled (7 – 2) that the U.S. Constitution protects a woman’s right to choose to have an abortion and specifies that unduly restrictive state regulation of abortion is unconstitutional.

“Jane Roe” is an alias name used by the plaintiff, Norma McCorvey, a Texas woman pregnant with her third child, and who wanted to abort in 1969. Henry Wade was the Dallas County District Attorney at that time when Texas law restricted abortion to life-threatening situations. The Roe v. Wade decision was reached according to two main legal elements.

The Supreme Court ruled that although it was not explicitly mentioned in the Constitution, a woman’s right to choose whether to have an abortion, could be considered to fall within the “right to privacy” under Section 1 of the 14th Amendment.

The Due Process Clause of the same amendment does not explicitly state that citizens have a right to privacy either. It specifies that “No state shall make or enforce any law which shall abridge the privileges or immunities of citizens of the United States; nor shall any state deprive any person of life, liberty, or property, without due process of law; nor deny to any person within its jurisdiction the equal protection of the laws. » Adopted in 1868, this 14th amendment granted citizenship and equal civil and legal rights to all citizens, regardless of race or status (both to former slaves and free men).

In Roe vs. Wade, the Supreme Court ruled that the states could have a legitimate interest in restricting abortion including protecting the mother’s health and protecting the prenatal life of the fetus. To determine when the right to abortion would be without limitations, and when the state’s interests would be compelling enough to outweigh the woman’s right to choose, s standards of strict scrutiny were established:

Since the right to have recourse to abortion was considered as a fundamental right, the laws governing it had to be assessed against these strict criteria.

In practice, the judgment used the criteria of the trimesters of pregnancy to decide whether the state’s law could be upheld. State law could not make any restrictions in the first trimester, but it would be possible during the second trimester. In the last trimester of pregnancy, possible state restrictions were based on health issues and medical emergencies for women.

In 1992, the Supreme Court adjusted the trimester framework, asserting what it considered as the 3 main conclusions of Roe vs. Wade:

Previously, in other Supreme Court cases, one of the arguments invoked for hesitating to overturn Roe v Wade was the respect for precedent or “stare decisis“.

Analyzing state legislation according to the trimester-based framework is replaced in favor of a more flexible medical definition of “viability analysis”, offering the possibility of modifying the date of viability according to the medical knowledge.

Moreover, this judgment modified an important point since the criterion of strict conditions for analyzing state abortion laws legislation was replaced by “undue burden”. As a result, the ruling upheld the provisions of the Pennsylvania statute which required the pregnant woman or the parents of minors to sign an informed consent at least 24 hours prior to the act, although it negated the necessity for a woman to inform her partner.

Subsequent decisions rendered by the Supreme Court have further developed the concept of undue burden. In 2020, a Supreme Court decision June Medical Services LLC vs. Russo, reaffirmed that “many restrictions that did not impose a substantial obstacle were constitutional, while the restriction that imposed a substantial obstacle was unconstitutional.”

As evidenced by the number of various cases presented to the Supreme Court, the US state abortion laws have undergone many evolutions since the initial vote of Roe vs Wade in 1973. An example of this media coverage is the Texas “heartbeat” law voted in September 2021, as well as the Mississippi law currently before the Supreme Court, with the final decision expected for June. In any case, it is difficult to compare abortion laws in the US to those in France since the legal systems are very different. Moreover, the US debate on abortion is still very fierce, with political standpoints resolutely divided into two camps. In France, as in the WHO, laws are continually being pushed in favor of extending abortion, therefore such discussions are more biased and challenging. Alliance VITA’s website recently analyzed the WHO’s ideological tactics to push abortion. Implementing a genuine abortion prevention policy for an act that is not trivial, that many women would prefer to avoid, is what is urgently needed.