Whilst the high-risk debate is open on the end of life, this guide is an invitation for solidarity and mutual aid against the risk of drifting towards euthanasia, and in support of renewed bereavement rites. 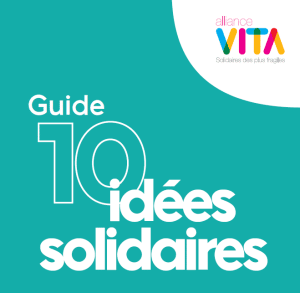 It is through its “SOS Fin de vie” (SOS end of life) hotline that Alliance VITA bases its thinking and its modes of action in support of the most vulnerable. These ten ideas constitute a tool for one and every to become involved in practical terms with the aged, the dependent or those during their end-of-life. Beyond the responsibilities incumbent upon the public services, anyone can be active by helping and accompanying those suffering from isolation. All the possibilities put forward in this guide, from the simplest to the most demanding, materialize this commitment to the aged and the sick:

Tugdual Derville, the spokesman for Alliance VITA concludes: “In confrontation with the “euthanasia lobby” which for several years has been “instrumentalizing” All Souls Day, we are asking for a solidary transition, in other words the choice of a society founded on mutual aid and solidarity rather than introvert individualism and the cult of autonomy and performance. Better accompaniment for the aged, the sick or during the end-of-life, involves first and foremost a firm commitment for them to be accompanied right up to the end. It also means encouraging the true rites of bereavement.”