Assisted suicide: The State Council has rejected a new request by the Dignitas association.

A new attempt by the Swiss Dignitas association, has again resulted in rejection by the State Council.

Following its decision in December 2021 not to forward a PPRC (Priority Preliminary Ruling on Constitutionality) concerning the prohibition of pentobarbital, the State Council has again refused to forward to the Constitutional Council a request by the Dignitas association, submitted last September. The decision was made public on 29th December 2022. The request enjoined the Prime Minister and the Health and Solidarity Minister to rescind the provisions of a decree defining the list of psychotropic substances, and another decree defining the list of substances classified as narcotics in order to introduce an exception “to authorize anyone to be able to end their life consciously, freely and with dignity.”

As recorded in the press last September, this tactic by Dignitas consisted in an attempt to use the legal channels, considering that the parliamentary route is not progressing fast enough on the subject of the legalization of euthanasia and assisted suicide which is one of the objectives of Dignitas. The French lawyer for Dignitas considered that the situation is at a standstill and that “France refuses the principle of any accommodation of its legislation.”

The tactic used by Dignitas is also aimed at the media. Each appeal generates press coverage, and instils in the general public the concept that an unchanged situation is in itself bad, deprived of evolution. This is in fact an interpretation akin to a “ready-made idea” which is convenient but false. The accommodation of legislation is not an objective as such. Can one deplore the absence of any accommodation on the abolition of the death penalty?

Decision by the State Council concerning the Dignitas request

The decision by the State Council comes at a time when the public authorities have re-launched the debate on the end of life since last September. They motivate their refusal by noting that “Articles 2, 8 and 9 of the European convention for the safeguard of Human Rights and fundamental freedoms, relative respectively to the right to live, the right to respect for private and family life and the freedom of thought, of conscience and of religion, as interpreted by the European Court of Human Rights, …, do not inherently include the introduction of accommodation to the range of substances covered by the special policy in question requested by the association to exercise the right which it is claiming “.

The State Council has thus considered that European law and legal precedents by the European Court of Human Rights do not imply any right to the recognition of assisted suicide. The accommodation of the regulations governing toxic substances, which is intended to protect the health of the French public, does not therefore apply. 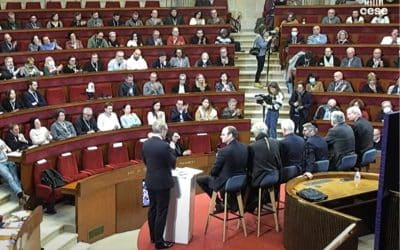 Following a round table devoted to the representatives of religions, the members of the Citizens’ Convention on the end of life took part, on the second day of this 2nd session, in round tables of carers and voluntary workers who told about their experience with patients in the field.