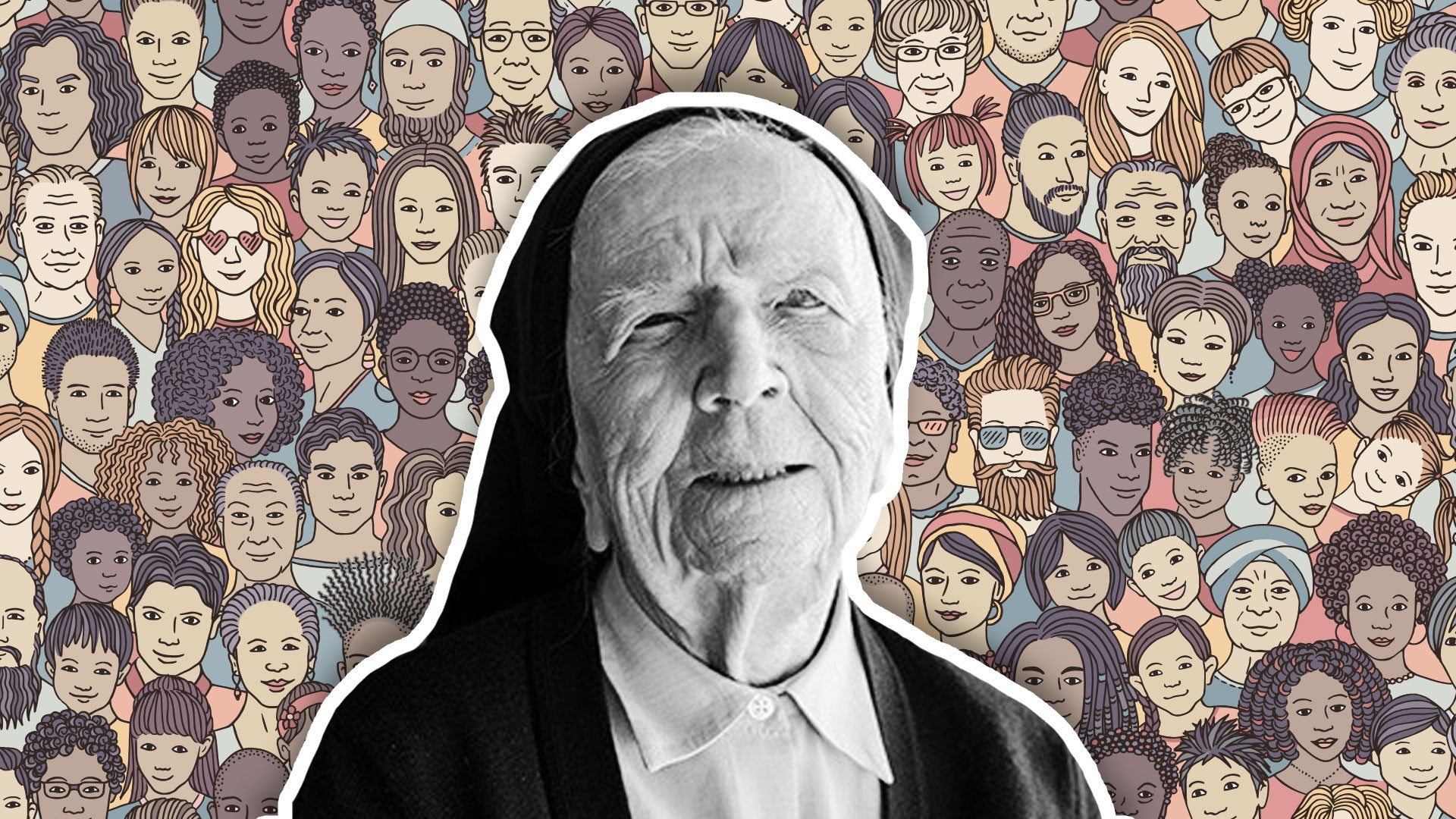 Following the death of the Japanese woman, Kane Tanaka, on April 19th, the title of the world’s oldest person was conferred upon Sister André, a French nun. She is the sixth French woman to be registered as the world’s oldest person. Given her nationality, the news has been widely reported throughout the country. Born as Lucile Randon on February 11th, 1904, Sister André is 118 years old and currently lives in a nursing home in Toulon (southern France). Beyond the well-known issues of ageing, it is an opportunity to turn to our elders and learn bits of wisdom from them.

The demographic trends for France are well-known since the issue of the aging population and the forewarned socio-economic impact have been deliberated for many years. The INSEE (National Institute of Statistics and Economic Studies) predicts that by 2050, there will be 11.3 million French over age 75, or 16% of the country’s population compared to the current number of 6.4 million over age 75 (9,5% of the population). Today there are 27,500 centenarians and by 2050 this number is predicted to increase by 5. Numerous public health recommendations have been published for individuals and professionals on how to “age well“. There was even a national plan by this name, carried out from 2007-2009. More recently, the Health and Solidarity Minister launched a plan for “healthy ageing” which is centered on preventing the loss of autonomy in old age. The plan includes several features, such as fighting against solitude, recruiting and training young civil servant volunteers to assist the elderly, as well as making needed modifications in housing and transport.

Is there a limit to the human lifespan?

Scientists have also long debated if there are biological or physiological limitations for our lifespan. In 2000, four researchers evaluated the death rates in Sweden between 1861 and 1999. They found that the average age of death continually shifted upward during this period, with a marked increase in recent decades. The authors concluded that this trend “seems likely to continue and may gradually extend the limits of human longevity even further”. Nonetheless, other researchers believe the maximum lifespan to be 114 -115 years old. There may be some rare exceptions, such as the well-known case of the French woman, Jeanne Calment, who lived to be 122. Another supercentenarian was the Dutch woman, Hendrijke van Andel, who had crystal clear cognition up until her death in 2005, at the age of 115. Wanting to know the secrets of her longevity, scientists examined her blood and other tissues, and found that at the end of her life, the majority of her white blood cells had been produced from her two remaining stem cells. Although the research is inconclusive, this could imply that once stem cells gradually die out, the body’s capacity to keep regenerating vital tissues and cells, such as blood is steadily diminished. Nonetheless, scientists postulate that life could be prolonged by injecting stem cells saved from earlier in life. This outlook also concurs with a utopian promise of putting “death to death”, and helps promote the transhumanist agenda, where human bodies are disconnected from their natural environment and endlessly redesigned as if they were Legos.

As the media has recently reported, when we look beyond statistics and longevity, these supercentenarians often transmit words of wisdom, as illustrated by these anecdotes. When the Guinness World Records asked Japanese Kane Tanaka about her best moment in life, she answered “now”. In Costa Rica, one of the 5 so-called “blue zones” where the longevity is much higher than the average, centenarians recommend “having projects in mind” and “seeing friends”. For Sister André, some highlighted her enjoyment of chocolate and a daily glass of wine, while others emphasized her life of rendering services and appreciating others. In the words of the academic philosopher Jean Guitton, who lived to age 97, a common denominator for all might be their “love of life”, with its joys and sorrows.