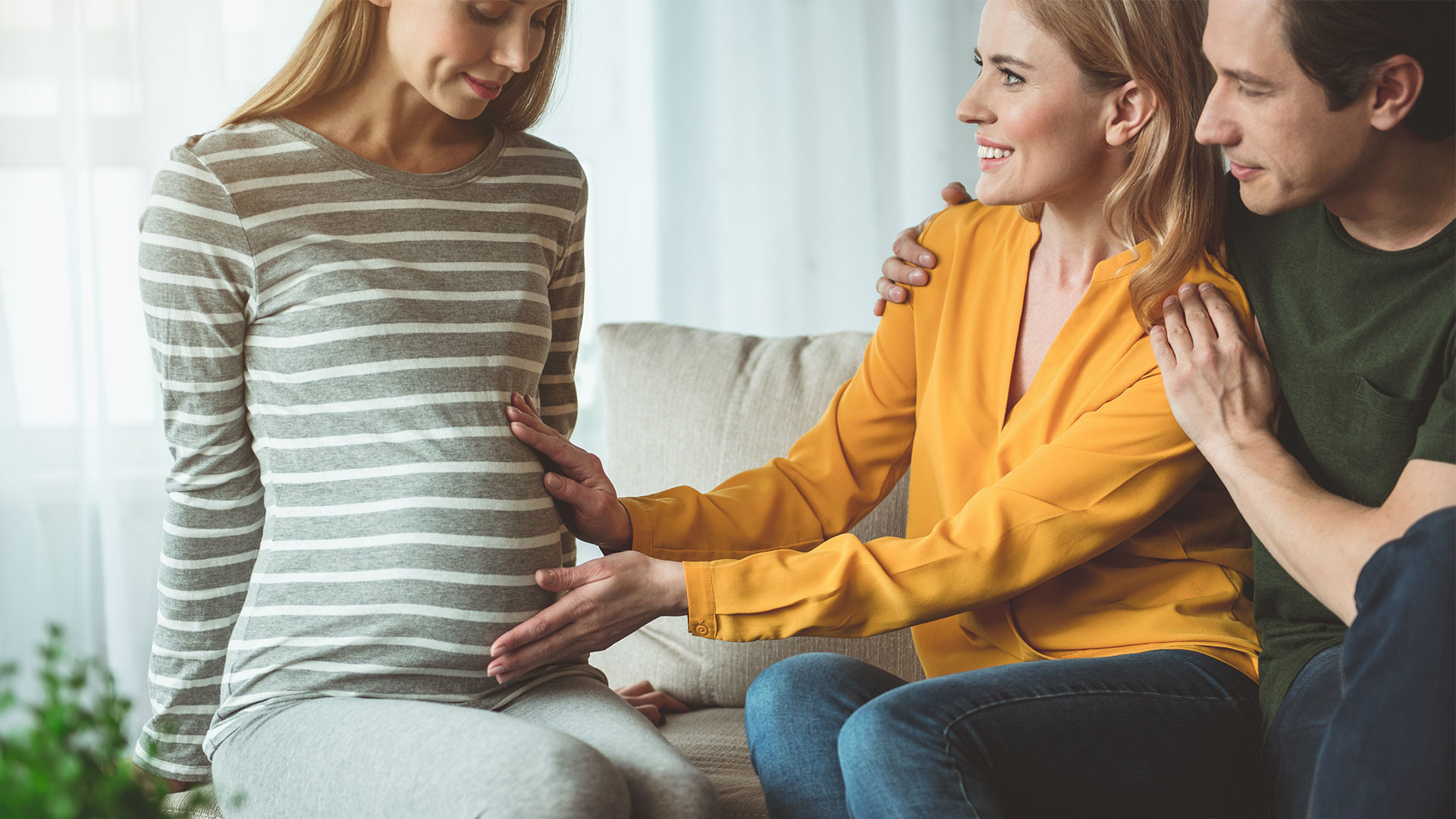 Ukraine is an international surrogacy hub, and one of the few countries that legally allows foreign customers to enter into commercial surrogacy arrangements. In recent years, this business has flourished due to the low-cost rates, even attracting foreigners from countries where surrogacy is tolerated. Due to economic hardships and precarious situations, more and more Ukrainian women have resorted to this reproductive exploitation, already accounting for 2000 to 2500 surrogacies every year.

The global pandemic, followed by the war, have brought to light surrogacy’s inextricable injustices. When a surrogate mother signs a contract, she surrenders her freedom, giving the sponsors and the agency full control over her life and her body. The Ukrainian surrogacy business has recently been disrupted by the tragic civilian displacement coupled with a break-down in services at the birth registration office. The legal tricks used by the sponsors to conduct their paid gestational surrogacy being undermined, they have to resort to other means to get their surrogate baby.

It is estimated that two babies are born every week in Ukraine for French clients.

Lately some investigations, including one published by Le Figaro, have reported the arrival of  Ukrainian surrogate mothers in France. Katarina, for example, arrived alone in March, without her two girls aged 3 and 10, whom she was forced to leave behind with their grandmother. So far, two “surrogate babies” have already been born on French territory, one in the region of Lyon and the other one in Vendée.

Despite the fact that surrogacy is prohibited in France, French sponsors bypass the law by bringing their surrogate mother to France and having her give birth anonymously (“sous X” meaning under X in the place of their biological mother). The man who has provided his gametes for conception then proceeds to be recognized as the biological father and claims the child. Lastly, his spouse files for full adoption of the child, in order to be declared as the child’s “mother”.

The association “Juristes pour l’enfance”, an association of lawyers to defend Children’s rights, has just filed a complaint against X for encouraging child abandonment. The association claims that “the surrogacy sponsors are guilty of encouraging individuals to abandon a child, which is a criminal offence [i]. Since the crime happened in France, it is subject to French law and thus, the French judge has jurisdiction. Therefore, these people must be prosecuted.”

In addition, the association points out that the law allowing mothers to give birth anonymously is being diverted from its’ original purpose to allow the sponsors to get a child “without a mother”, a child whose maternal heritage is deliberately hidden. Therefore a deliberate act of fraud is being committed.

Furthermore, according to the association, proposing adoption under such circumstances is a misappropriation of adoption. It declares that: “accepting the adoption of the baby after surrogacy circumvents the Hague Convention on Intercountry Adoption, by which the States agree to protect children from trafficking by refusing adoption if the consent of the biological parents was obtained before birth and/or for a fee. And this is precisely what the surrogacy contract establishes: the mother’s promise to abandon the child, signed and agreed upon before the birth of the child, and even prior to scheduling the in-vitro conception, all for monetary compensation”.

The Association “Juristes pour l’enfance” is thus requesting that the prosecutor refuse to grant legal recognition to the child’s biological father, according to an established precedent. Indeed, the French courts had already ruled that begetting a child does not automatically confer filiation rights. This decision was upheld by the European Court of Human Rights on April 7, 2022. Indeed, in no way does it confer the right of paying a mother to abandon her child.

These situations prove that it is impossible to control practices which are illegal in France and legal elsewhere. The reproductive market has become international, and the least restrictive practices spread beyond its’ original borders. This also casts doubt on whether President Macron will keep his re-election campaign promise not to cross the “red line” of surrogacy.

For many years Alliance VITA has been campaigning against surrogacy. During the 2022 national elections Alliance VITA warned that the urgent necessity to abolish surrogacy worldwide has become glaringly obvious.