The Court was called upon in the context of the case of a young woman, Tyne Nys, euthanised at 38 years of age in 2010 due to mental disorders.

The Law was called upon twice by the family

This young woman, who was suffering from depression following a romantic break-up, obtained the approval of three doctors, as required by law. Her family registered a first appeal with the Court criticizing the decision by the doctors since two months beforehand, Tyne Nys had been diagnosed with autism but had not been treated for it. The three doctors sued for poisoning due to the presumed non-observance of the conditions of the law, were eventually acquitted in 2020. There did however remain a doubt, according to the Gand Court of Assizes concerning Doctor Van Hove who conducted the euthanasia. The family then initiated a new lawsuit to determine whether there was any fault on the part of the acquitted doctor under the benefit of doubt.

Referral to the Constitutional Court by the defence

It was in this context that the lawyers of the defence referred to the Constitutional Court. The question concerned the legality of the law, which did not specify any distinct sanctions whether the non-observance concerned the form (procedure) or fundaments of the conditions relative to euthanasia. Insofar as a doctor infringes the legal framework, he/she is liable for poisoning. The Court judged that the law on euthanasia was unconstitutional inasmuch as it “qualifies indistinctly as murder by poisoning any non-observance of the conditions and procedures to be complied with when practicing euthanasia.” The Court charged the Parliament with modifying the law.

As underlined by the European Institute for Bioethics, certain conditions “whose non-observance may seem trivial, are in fact quite fundamental: as for instance the compulsory mention by the doctor of the treatment options conceivable for the patient, which may have a direct bearing on the patient’s decision to die or not by euthanasia. Similarly, observance of the four-day time allowance for registering the euthanasia declaration by the doctor having conducted the act, has a concrete influence on the possibility of verifying the legality of the euthanasia performed. In the Tine Nys case, the declaration was submitted several weeks late by the doctor in question, and even then, at the insistence of the young woman’s family to the doctor and the verification commission.”

Moreover, during the preparatory work for the 2002 law to legalize euthanasia, its authors indicated that “all the conditions which the patient or the doctor must comply with are important; none of the conditions are secondary.”

The decision by the Constitutional Court confers ever more power to the doctors at the expense of the protection of the most vulnerable.

Additionally, it occurs at a time when the European Court of Human Rights has just condemned Belgium in the context of another contentious euthanasia case, underlining that there was an “infringement of article 2 of the Convention due to failings in the subsequent verification of the euthanasia performed.” Another very recent case has also shaken Belgium concerning the euthanasia of the young Shanti de Corte at 23 years of age, euthanised for depression after surviving the terrorist attack on Brussels airport in 2016.

Further reading: Flash expert of the European Institute of Bioethics: Euthanasia: Are any of the conditions to be satisfied by doctors more important than others? 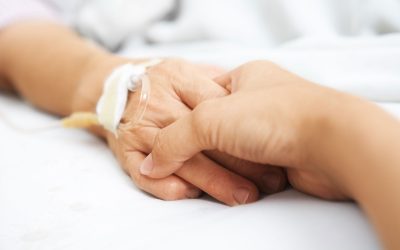