End of life, Euthanasia and Suicide

Following a round table devoted to the representatives of religions, the members of the Citizens’ Convention on the end of life took part, on the second day of this 2nd session, in round tables of carers and voluntary workers who told about their experience with patients in the field. They were asked about the actual problems which they have to face up to when accompanying patients during their end of life.

Doctors, psychologists, nurses, palliative care voluntary workers…In total, during several round tables, 22 carers took turn in answering the questions asked by the citizens who were meeting for the second and final week-end of the appropriation phase.

The questions concerned the state of the current law. “Have carers been confronted with gaps or limitations in the law?” as asked by Françoise. According to Doctor Clément Gakuba, a specialist in neuro-resuscitation and member of the ethics centre at Caen University Hospital, the legal framework is adequate for managing the situations met. It already includes important notions: not to abandon the patient, not to leave the patient suffering…The other carers agreed. Christophe Roman, a male nurse, reported on the advances of the law. He identified the lytic cocktails which were administered “under cover” twenty years ago. “a lysis needs to be given” was the expression used. According to him, the law has introduced a framework and safeguards for all these practices.

The law is therefore satisfactory, but what is needed, according to Professor Djilali Annane, a resuscitation doctor, is the time “to do things properly”. The time available not linked to acts of treatment has been compressed. “What is lacking, is the time to properly accompany the patients.” Apart from the time “in hours”, he later specified, there is a need to be available in spirit. “That is what is missing”, he continued, mentioning the suffering of carers, which needs to be considered. The time…a luxury, according to Emilie Quillien, a psychologist, which seems to be lacking for all carers.

Apart from time, the carers were in agreement to say that the Claeys-Leonetti law is poorly known both by citizens and the professionals. Marie-Christine Grach, a retired palliative care doctor at the Caen hospital, mentioned a survey of general practitioners in Normandy, which revealed very poor knowledge of the law.

Training is also a priority need for carers. Professor Djilali Annane denounced the current shortfall of doctors to accompany end of life patients. Elodie Cailbaut, a palliative care nurse, welcomed the introduction of palliative care courses in medical studies, which appear already to be bearing fruit. According to Emilie Quillien, training is also cruelly lacking for care-home staff to anticipate the end of life of residents.

The current inadequacy of palliative care was also denounced by carers. Elodie Cailbaut deplores that, even in Paris, it is not possible to allow patients to end their life at home, due to the lack of carers. According to Olivier de Margerie, the President of the JALMAV federation, the budget allocated to the palliative care development plan launched last year needs to be increased tenfold if anything worthwhile is to be achieved. Marie-Thérèse Leblanc-Briot, a voluntary worker in that federation, denounces the “petty measures for good conscience” but which are sorely inadequate.

For patients suffering from ALS (Charcot’s disease), providing adequate means is just as important according to Sigolène Gautier, a palliative care psychologist in Lyon. Also, according to her, in the ALS centres, there is sometimes only one psychologist for 100 patients, or more when, not only the patients, but also their families, need to be accompanied, and “at an early stage”, whereas the disease lasts for several years.

The citizens also questioned the carers on the possible legalisation of “active assistance to die”, the expression used by the National Consultative Ethics Committee (CCNE) to designate euthanasia or assisted suicide. In answer to that question, the carers expressed a consensus on the incompatibility of “causing death” with their duties as carers. For Sigolène Gautier, “When a patient asks to die, the other person is also involved. If I can activate death, how can I possibly continue to accompany life?” In her words, that would be somehow “schizophrenic”.  Marie-Thérèse Leblanc-Briot raised the serious consequences “for a majority of the aged and fragile of any evolution of the law in that direction: “The message sent, would be: “Ultimately, it is up to you to decide whether to live or die, it is none of our business, it is a choice for you alone”. And ultimately, maybe in such case, your life is not as valuable as all that, or it is not so valuable for society”.

She also mentioned the questioning by the majority of the very aged on the meaning and value of their life for others. A little earlier during the discussions, the carers shared their experience of requests to die voiced on the wards. Anastasia Choveau, a nurse, spoke of the importance of attentive listening and understanding of patients who express such requests. “They have a right to put their request into words, they have a right to express their feelings, and merely to have such a request heard, is very important, and then, to consider what it is that motivates such a request.” Carers share a common observation: very frequently, the request changes. According to Professor Annane, the expression “I cannot bear it” is always subject to change, it expresses a suffering which is not relieved.

Finally, for doctor Julie Paquereau, if the law was to be changed to legalise euthanasia, “the risk would be the establishment of active assistance to die, through a lack of means, whereas other options may be possible, and in particular better suited accompaniment.”

Following these round tables, the members of the Citizens’ Convention continued their discussions during the afternoon in working groups in order to define the priority themes on which to work during the forthcoming sessions. In total 21 priority themes were defined.

At the end of the session, after a vote, the citizens agreed on the following ten priority themes, in order of importance:

From January, Claire Thoury, the President of the Citizens’ Convention governance committee, announced the end of the appropriation phase and the start of the deliberation and controversy phase. Several citizens stated that they still lacked some appropriation elements. Among these, was the need to hear from international players with different viewpoints, non religious spiritual approaches, and also from patients. Assurances were given that they will be able to request specific auditions … 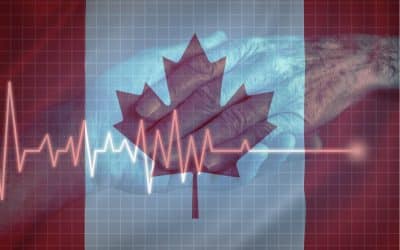 After extending access to euthanasia for people whose natural death is not “reasonably predictable” a mere 5 years after passing the first law in 2016, Canada intends to organise its access for people suffering from mental disease as of 17th March 2023.