Alyssa, a young British adolescent suffering from an aggressive form of leukaemia, affecting her immunity cells and not responding to the usual treatments – in particular chemotherapy and bone marrow transplants – received a 6-month experimental treatment. Without which, according to the hospital press release, her only option was palliative care. This clinical test, conducted by the doctors at Great Ormond Street Hospital for Children (GOSH) in London, was reported during the yearly meeting of the American Haematology Society last December.

Gene therapy based on gene editing

Thus in May 2022, Alyssa became the first patient declared to the world to receive genetically modified CAR-T [1] cells. This was an experimental treatment based on gene therapy using the latest genome editing techniques. Blood cells – provided by a healthy donor – were genetically modified beforehand to enable them to track and destroy Alyssa’s cancerous T cells. 28 days later, she was considered to be in remission, and was able to receive a second graft of bone marrow to re-establish her immune system.

The preparation of these cells is based on an innovative technology and involved several stages:

Gene therapy based on genome editing techniques offers great promise for treatments and therapeutic progress. Six months after the graft, according to her doctors, Alyssa is in good health and continues with her post-graft monitoring at the Great Ormond Street Hospital.

Current State of Health in France

An annual report on the health status of the French population has just been published by the “DREES”,  the National Directorate of Research, Studies, Evaluation and Statistics. 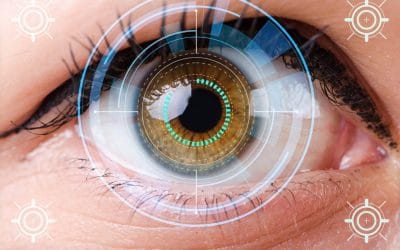 Pigmentary retinopathy is a heterogeneous group of inherited eye diseases that affects vision and sometimes causes...