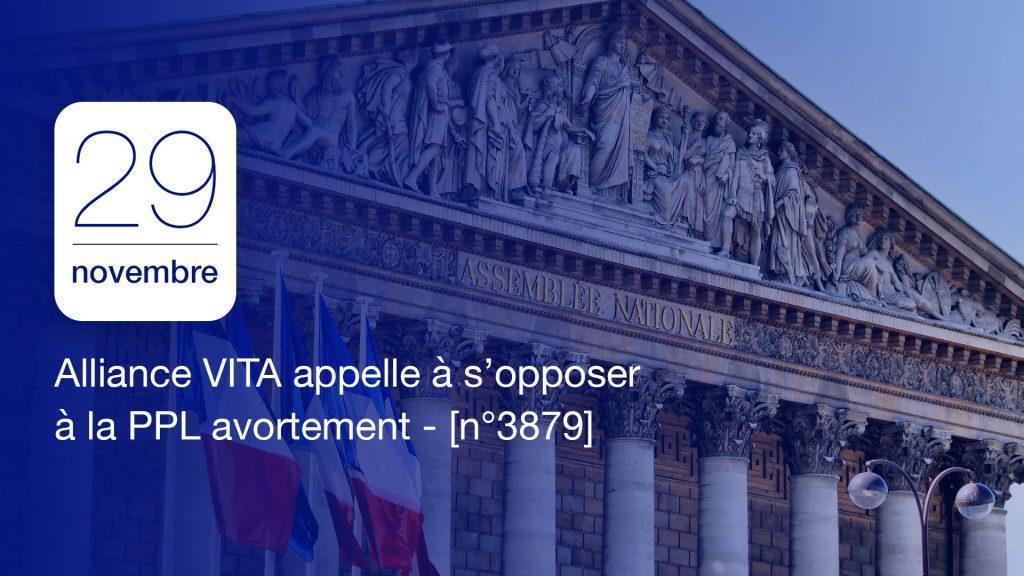 The French National Assembly has just scheduled the second reading of a bill to further extend access to abortion (draft law #3879) for November 29.

Initially submitted by the “Ecologie Démocratie Solidarité” party and tabled by the deputy Mrs Albane GAILLOT, the text was adopted on 1st reading, but had been rejected by the Senate following the vote of a motion to move to previous question before debating.

The “Ecologie Démocratie Solidarité” party was dissolved in December 2020 due to a lack of members, but the bill was taken up by the LREM (“La République en Marche”) after a standoff with the government.

Under the pretext that access to abortion would be increasingly difficult nowadays, the bill aims to extend the legal deadline from 12 to 14 weeks pregnancy as well as abolish the explicit freedom of conscience clause for healthcare professionals.

In addition, the bill contains other provisions which make it even worse:

And how do they justify these longer delays? By claiming that statistics show that “3,000 to 5,000 women would not be able to meet the legal deadline and would thus be compelled to go abroad for an abortion”.

However, these figures have been investigated by two groups: the delegation for women’s rights in the Assembly and the National Consultative Committee on Ethics, which had been consulted about the delays.

Actually, the CCNE admits that no reliable analysis is available, neither for the figures, nor concerning the reasons why some women go abroad. Such data is needed to provide insight on the current policy’s potential shortcomings and for a genuine prevention policy for abortion.

After the bill was initially examined on 1st reading, the abortion statistics published by the National Directorate for Research, Studies, Evaluation and Statistics (“DREES”) proved that lockdown measures in 2020 did not cause any rise in late-term abortions whatsoever. On the other hand, while the “CCNE” says it has no medical objection to this extension of delays, it nevertheless admits that, the later the abortion takes place, the more severe the psychological consequences are, both for the women who abort, as well as for the health professionals performing the abortion.

Contrary to what the authors of the reform bill claim, there is no such thing as a “double conscience clause”,  there is a specific one for abortion and another more general one .

Caroline Roux, Alliance VITA’s Assistant General Delegate voices her concerns: “It is very worrying that the government has given in to the standoff with “La République en Marche” to turn the delicate question of abortion into a political issue. The radical positions advocated by this minority who continually insists on deregulating abortion are diverting the public’s attention from the actual distress of pregnant women facing an unexpected pregnancy. We will continue to denounce this most unfair law, even by demonstratating in the street, and we call on healthcare professionals to defend their freedom of conscience which is guaranteed by this specific conscience clause.”